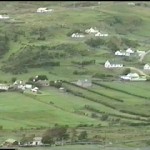 Glencolmcille is a village in southwest County Donegal on the Slieve League Peninsula. The remoteness of the village and its natural beauty are the main reasons to visit. The existence of a fine folk village is another good reason.

It has been inhabited since megalithic times. There are standing stones and stone age tombs in the area. Some of these are now part of 15 stations, known as Turas Cholmcille, used by pilgrims during religious ceremonies. Colmcille, who gave his name to the area, is one of the 3 major saints of Ireland (St. Patrick, St. Brigit, and St. Colmcille). Tradition holds that St. Colmcille ( 521 – 597 AD) established a monastery here. (“Colmcille” means “dove of the church.”) He later became better known as St. Columba when he brought Christianity to Scotland and became known as the Apostle to the Picts.

Glencolmcille was dying economically until an energetic priest organized the people of the village to get Dublin’s attention. He was Father James McDyer, born in Glenties in 1910, ordained in 1937, and came to Glencolmcille in 1951. Fr. McDyer developed the area by: establishing a knitting and weaving industry; bringing electricity and piped water to the village; and setting up a tourism industry by building the Folk Village and holiday homes for visitors.

Today, in addition to the Folk Village (built in 1967), there are other activities for visitors. There is fine hiking in the area filled with the natural beauty of hills glens, and the Atlantic coastline. It is a place to learn the Irish language as well. Classes are organized through Oideas Gael.

The Folk Village opened in 1967 with replicas of typical Glenolmcille homes arranged in “an clachan,” a village of cottages from three successive centuries (18th, 19th, and 20th). Each home is equipped with the furniture and utensils of each period. The cottages show the typical rounded thatch roofs tied down with ropes. A school house from the 19th century is also displayed.

In the center of the folk village there is a large “Famine Pot.” These pots were a common sight in villages during the “Great Hunger” that began in Ireland in 1845 when a blight overtook the potato crop. The potato was the principal food of the tenant farmers in those days. (The main crops of grain the farmers grew had to be used to pay the landowner for the rental of their land.) Thousands died of starvation until the government passed the soup kitchen act which established kitchens throughout Ireland to distribute soup to the starving paupers. Prior to that, charitable religious groups provided nutritious soup to those who were in need. In some cases, the soup was distributed with the requirement for the recipients to receive a Protestant religious education. This was strongly rejected by many Irish-Catholics who would rather starve than consider converting to Protestantism. The Catholics who accepted soup under these conditions were known as “soupers” and were shunned by their neighbors. It should be noted that the Quakers (Society of Friends) and many Anglican Churches did not follow this kind of proselytisation.

A nature walk is also part of the village. It rises through the hills above the village and features replicas of standing stones, a limekiln, a Mass rock, hedge school, and “sweat house.”

The Folk Village is open from Easter to September 30. It might be worth adding it to your next adventure in Ireland. 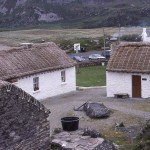 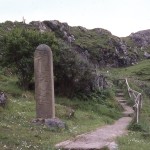 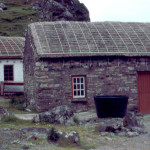 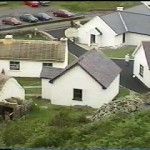 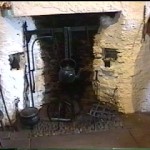 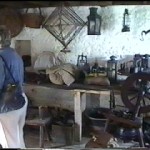 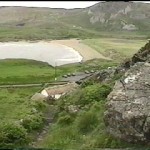 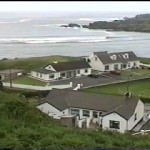 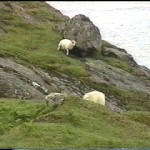