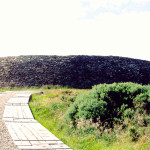 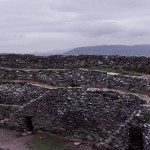 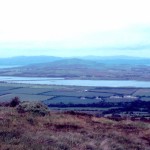 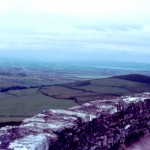 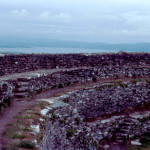 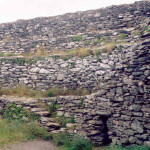 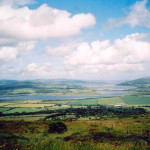 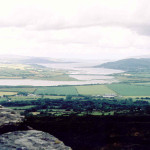 At one time, the city of Derry was an island in the River Foyle. The western branch of the river eventually silted up and left a marshy land behind which later became known as Bogside.

After English domination in the area led to a rebellion by Cahir O’Doherty in 1608, a wall was built around the city of Derry to protect the English and Scottish settlers of Ulster from the native Irish. Bogside was located outside the city wall. During Phelim O’Neill’s uprising in 1641 and the King James II siege of Derry in 1689, most of the Protestant residents of the Bogside district moved inside the walls of Derry for safety. Bogside soon had a Catholic majority. The number of Catholics in Bogside increased in the 1700s when laborers from Donegal came to Derry to work in trades related to the Derry seaport, such as linen manufacturing and ropemaking. In the 1800s, potential emigrants from the north of Ireland came to Derry to earn money for passage to England or America. Many failed to earn enough and wound up staying in Bogside, adding to the Catholic population.

The friction between Catholics and Protestants started in the 1800s when Catholics, the Apprentice Boys, and Orangemen paraded for their own sectarian causes. These parades often resulted in violence. The friction continued into the 1960s when the “Troubles” in Northern Ireland began. On January 30, 1972, 14 participants in a peaceful march through Bogside were killed by British soldiers. The event is known as Bloody Sunday.

The following video shows some locations in Bogside: the Long Tower Church, the wall murals in “Free Derry,” St. Eugene Cathedral, St. Columb’s Well, and the Bloody Sunday Memorial where the Wolfe Tones, an Irish folk group, were making a video of their recording “Bloody Sunday.” The song was written by John Lennon and Yoko Ono.

Derry was a stepping stone to America for most of my Irish-born ancestors. As such, the Bogside district plays an important part in some fictional events that I included in my novel “Donegal Generations.”

For more information about the history of Bogside, visit:  http://www.museumoffreederry.org/history-bogside01.html