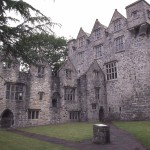 Donegal Castle (Caisleán Dhún na nGall) is located in Donegal Town on a bend of the River Eske near the mouth of Donegal Bay . It was built in 1471 in the Anglo-Norman style by the first Red Hugh O’Donnell, chieftain of Tir Chonaill (Donegal). Red Hugh ruled Tir Chonall from 1461 to 1505. Donegal Castle was located at the site of a previous fort of the O’Donnells built in the 12th century, probably on the site of the Viking Fort that gave Donegal its name, Dun na nGall – Fort of the Foreigners.

Donegal Castle was the stronghold of the O’Donnell chieftains until it was captured by the English near the end of the Nine Years War in 1601. The second Red Hugh O’Donnell, a principal combatant in the war, intentionally damaged the castle before it fell into English hands. After the Flight of the Earls from Ireland when the Irish were defeated, the castle was granted to the English Captain Basil Brooke. Brooke repaired the damage to the castle keep and added a manor house wing. The Brooke family remained in residence in the castle until the 18th century. The castle later fell into ruin. The owner of the property in 1898 donated the castle to the Office of Public Works. It is now a national monument. Work was completed in 1996 to restore the castle keep, the O’Donnell Tower. Visitors are welcome and guided tours are provided on a regular schedule.

More information can be found at: 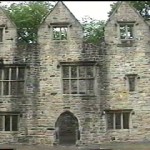 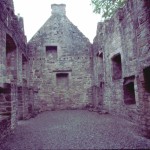 The manor added by Captain Brooke. 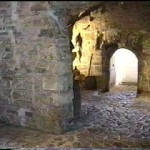 The upper floor of the tower contains exhibits about the O’Donnell chieftains and models of the castle during O’Donnell and Brooke occupancy. 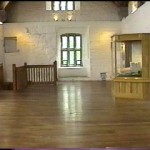 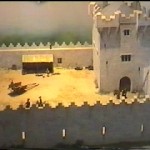 Model of the Castle under the O’Donnells 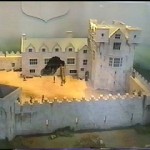 Model of the Castle Under Captain Brooke

The main room of the castle, showing the fireplace and dining table. The crests of the O’Donnells and Brookes 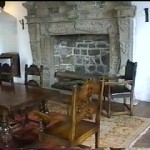 are above the fireplace. 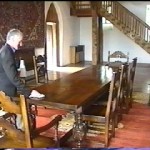 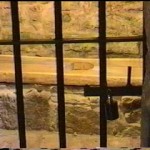 The garderobe is a room off the stairwell that functioned as a toilet. Waste would drop from the seat in the garderobe to the river below, but not directly. It was angled so that enemy archers couldn’t “surprise” persons using the facility. The room was also used to store cloaks and clothing, thinking that the ammonia fumes from urine would keep away fleas. The steps in the spiral stairwells were installed unevenly to trip attacking soldiers as they ascended in order to give defenders an advantage. This was a common feature in castles built during this period. 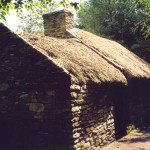 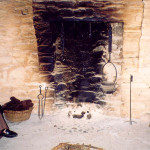 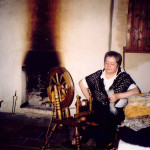 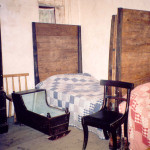 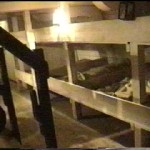 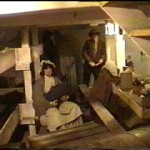 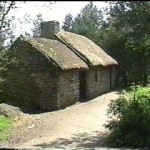